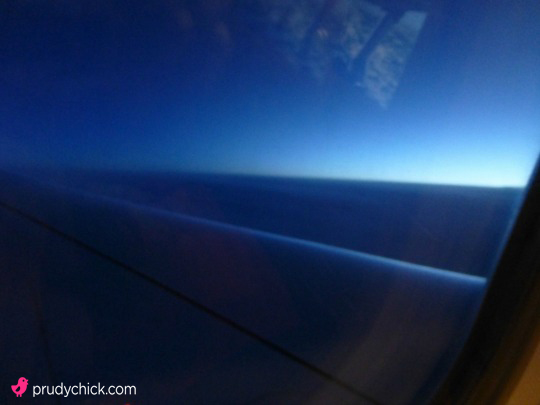 When my OneWord for 2013 became evident, I knew that there would be literal flight in my year of Fly.  I was four months past agreeing to go with Children’s HopeChest to Moldova.  A decision that meant literal flight across the US, Atlantic, & Western Europe.  It would be my first trans-Atlantic flight.  My first flight out of the country.  My first stamp in my first passport.

The flight to Munich wasn’t an easy one.  I was fortunate to have a two seat row all to myself, but that brings little comfort when a there is crying baby somewhere behind you, and a talkative couple in the row immediately behind you.  Sleep doesn’t come despite the fact that you took a sleep aid, have ear plugs, & a sleep mask.

And then there is the air itself.  The air that you’re traveling through at upwards of 600 mph.  Our flight to Munich was a turbulent one.  It hit me that even though the sky looks smooth, even though the flight path looks to be without bump or pothole doesn’t mean that it is.  This was a reality I needed to learn.  My year of flight this year isn’t going to be a smooth one.  There is going to be {has been} some bumps.  I need to accept this.  I need to remember this when I find myself brimming with anger again.  I need to remember that turbulence are going to come and it is my duty to power through them and come out on the other side. 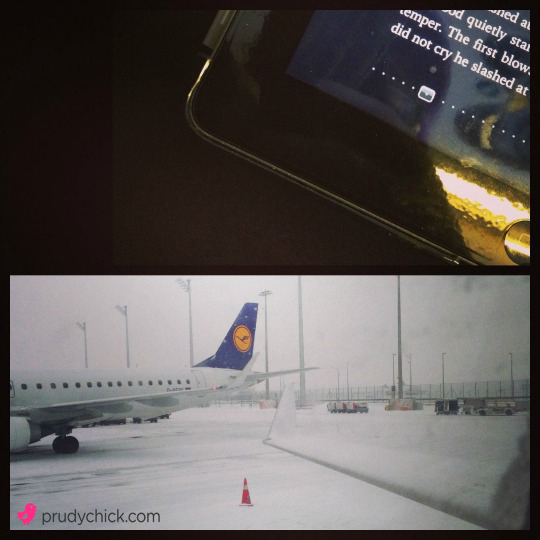 We landed in Munich to a blanket of snow already on the ground and more dancing its way downward.  The six of us that flew from Charlotte to Munich deplaned the only way you can…slowly.  We stretched tired, tight limbs, and dreamed of cups of coffee.  We joined the rest of our team already at our gate and awaited the prognosis.  We were shuttled to a tiny plane where we climbed snow covered stairs.  Truth be told I had my own little presidential moment waiting to board, where I wanted to wave & send my love to my adoring citizens. 😉  After we boarded we heard the news…..delayed.  Estimated take off time….an hour and a half later.  I settled myself into my seat, read my book, and watched the falling snow.  An hour and a half quickly became a half hour and next thing we knew we were being de-iced with a compound that reminded me greatly of the pink slime of Ghost Busters, and within another 15 minutes we were off.

As I sat there on the runway, book in hand I was taught another lesson.  A delay is not a permanent stop.  A delay does not mean that you are grounded for good.  It is simply that, a delay.

There was nothing I could do about the delay in Munich.  No matter how tired I was of being on planes or how much I wanted to see Moldova’s borders I had to wait.  The same is going to be for me.  Sometimes it’s going to to take some time getting off the ground.  Hope and grace are going to never seem to find wings some days.  The only thing I can do is abide. 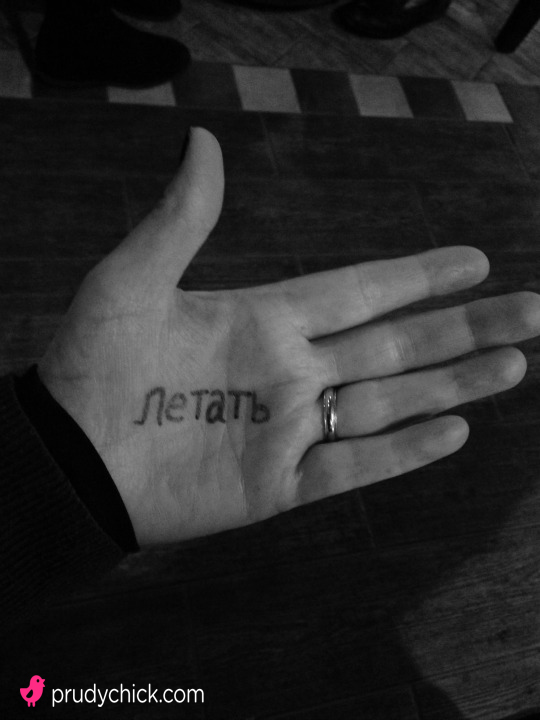 On Saturday of our time there I was feeling “flighty”.  I’d been surrounded by the Russian language for many days, I was dreaming in Russian and only understanding “да, да, да” (“yes, yes, yes”).  I decided to look up the Russian translation for fly.

Pronounced letat, I was drawn to these mysterious characters that sound little like the English version.  I wrote it out on my hand with black sharpie.  A reminder for my day.  I had a great, profound word spoken over me because of this simple word I chose to let my year be defined by.