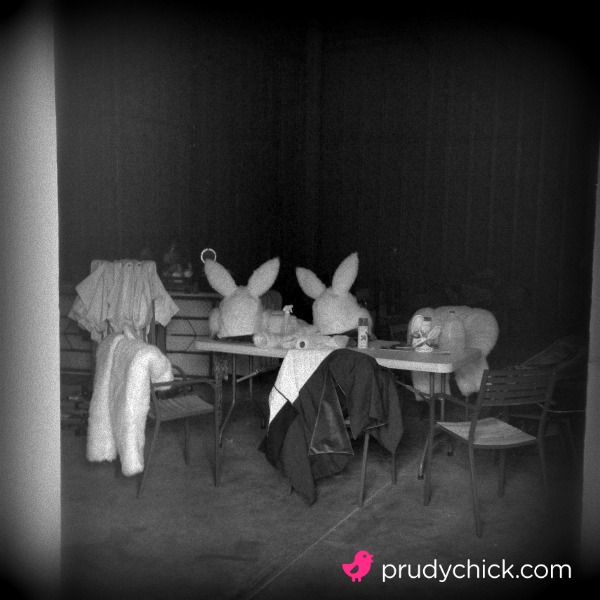 The scene disturbed him.

There on the long banquet table were two heads, of the Bunny variety.  He didn’t know if they were left overs from Easter that some maintenance guy hadn’t yet put away, or a debt paid — “They’ve crossed me for the last time.  Don’t even bother to put them on any platters.  Just bring me their heads.  Muahahaha”

Maybe the old man in the red suit was a crime lord and these here bunnies had botched a job amounting to thousands of karats.

But whatever the reason, the dark abandoned looking room with the two bunny heads caused the hair on his arms to stand at attention.

Well, at least they’re not facing OUT.  He thought.  That’s at least a relief, not having to see them staring back at me.

He was tempted to have a closer look, but the oddity of the scene and the fear creeping into his feet kept him in the warm, safe sunshine.

He heard foot steps coming from his left.  He skirted around the corner of the building and pressed himself to the wall.  The foot steps went into the room.  The door closed.