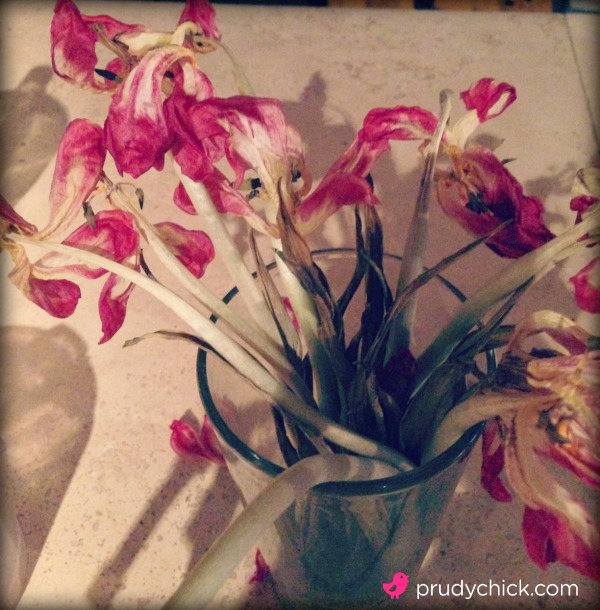 they weren’t your normal everyday tulips, which bloom, cups open to the air above them.  in fact, they wanted nothing to do with being an array of soft petaled cups.

their desire for revolution began shortly after they found themselves in a new world, so unlike their own.  bright lights gazed at them from overhead.  the sound of running water echoed around them on occasion.  a fierce roar of a vicious animal below them.

in the middle of that first night they gathered together and whispered in their secret tulip language.  in a dialect known only to tulips from a certain region of the world.  they plotted their dissent.  they would not take part in whatever it was that they found themselves in now.  “ad quod damnum!” they shouted (and of course tulips speak latin when igniting a revolt), as the revolution began.

that first morning they made a silent, barely noticeable campaign.  they drooped their pale green stems ever so slightly. by that evening they had begun to wither their once rosy petals, which soon became shriveled; and where cups once were, they now lie bent backwards in an air of victory.

they had succeeded.  “take that.” they whispered in their last breaths.